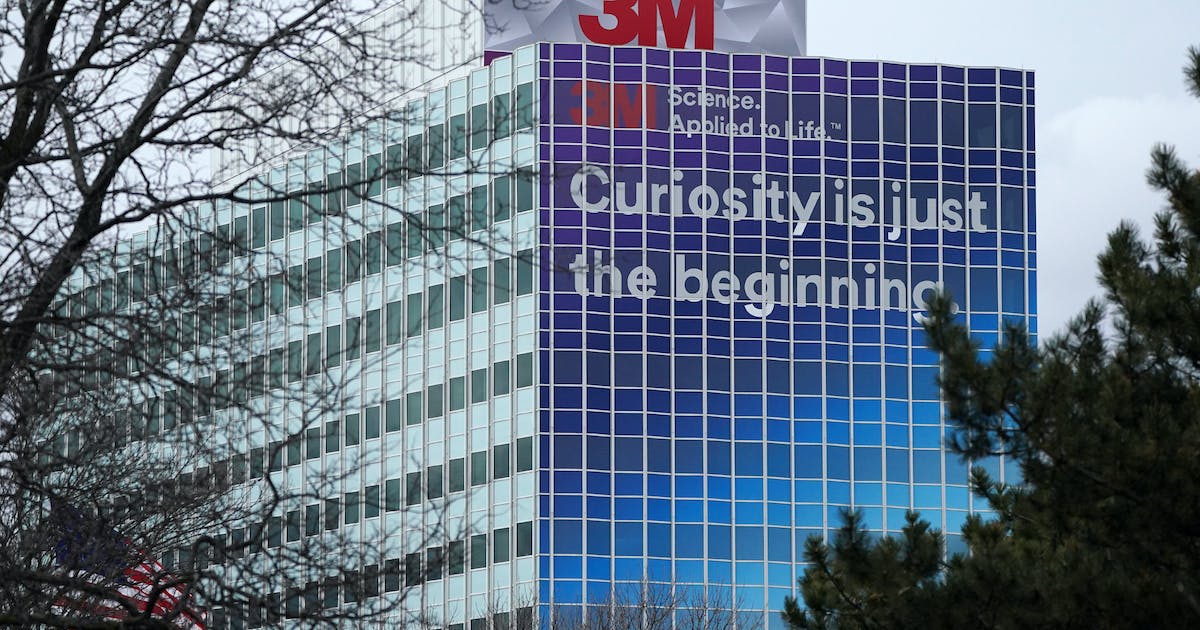 Is the bankruptcy filing of a small 3M subsidiary – Aearo Technologies – a legitimate move to protect itself from crippling liabilities for allegedly defective military earplugs?

Or is it a sham that would allow 3M itself to dramatically limit billions of dollars in liabilities without the complicated task of declaring bankruptcy itself?

This is a key question before Jeffrey Graham, a judge of the United States Bankruptcy Court in Indianapolis. His decision will have huge ramifications for how 230,000 earplug lawsuits against 3M will play out – and how much the company will end up paying.

“I don’t know where I’m going right now,” Graham said Wednesday after three days of hearings. “There are a lot of things to consider.”

As Graham listened to lawyers argue this week, the U.S. District Court judge presiding over the huge earplug litigation in Florida issued an order that could complicate 3M’s bankruptcy court bet.

Pensacola-based Judge Casey Rodgers ruled Tuesday that 3M could not challenge in bankruptcy court the issues that had been settled by his court. Rodgers threatened 3M with contempt of court if the company violated his order.

3M decided to escape the jurisdiction of the Rodgers court, saying the process was “broken” there – when it placed its Indianapolis-based subsidiary Aearo under Chapter 11 bankruptcy protection in late July.

Chapter 11 allows struggling businesses to reorganize their finances while being protected from creditor claims — and, more importantly in this case, pending litigation. Aearo Technologies is named as a defendant in the avalanche of earplugs cases with 3M.

Aearo attempts to persuade Graham to extend the litigation freeze to 3M itself, allowing 3M to resolve the earplug cases through bankruptcy proceedings. Such a strategy would likely reduce 3M’s costs to settle the 230,000 cases while avoiding thousands of jury trials in federal court.

Graham will likely rule on the matter next week. If he says the litigation freeze cannot be extended to 3M, the Maplewood-based company would still need to see through Florida business.

3M is “trying to set up something that is frankly an illusion: that Aearo is a legitimate bankrupt,” Melanie Cyganowski, attorney for the plaintiffs and their attorneys, told the bankruptcy court on Wednesday.

Aearo is solvent and has no accrued liabilities — and 3M always told the Rodgers Florida court that 3M the company, not Aearo the subsidiary, is solely liable for the earplug disputes, it said. she declared. The only reason for Aearo’s bank filing is for 3M to get the litigation freeze extended to itself.

Aearo argues that the earplug legal claims it faces are inextricably linked to those against 3M.

Aearo is an existing company — not a shell company created just to handle litigation, Husnick said.

“Aearo is run as part of a corporate conglomerate, which is common, but it’s an independent entity,” he said. “It’s an organic business. It has employees. It’s been dealing with responsibilities for some time.”

3M bought Aearo in 2008, and two years later folded the subsidiary’s earplug business into 3M proper. Aearo had developed an earplug, the Combat Arms CAEv2, which was standard issue for the US military for many years.

The wave of lawsuits against 3M came after the company in 2018 settled a government lawsuit over earplugs. He claimed Aearo was aware of “dangerous design flaws” in his earplugs in 2000.

The military veterans’ earplug claims against 3M have been consolidated into a “multi-district litigation” — or MDL — case presided over by Rodgers. MDLs are used in the federal court system for complex product liability cases with many separate claims.

The earplug dispute is the biggest MDL ever.

MDLs typically feature landmark lawsuits that are meant to set the tone for settling all claims.

Plaintiffs won 10 of 16 landmark lawsuits against 3M; juries awarded them nearly $300 million. Stock analysts have estimated that 3M’s total liabilities from the lawsuits could reach tens of billions of dollars.

JB Heaton, a financial and litigation consultant hired by a plaintiff’s attorney, said in bankruptcy court on Tuesday that 3M’s liability for the earplug suits could be as high as $100 billion.

However, a lawyer representing another group of plaintiffs on Wednesday called Heaton’s estimate “absurd.”

When Aearo filed for bankruptcy, 3M established a $1 billion fund to settle earplug claims, although this fund is not capped.

Could this machine shop bankruptcy signal more problems for the automotive supply chain?