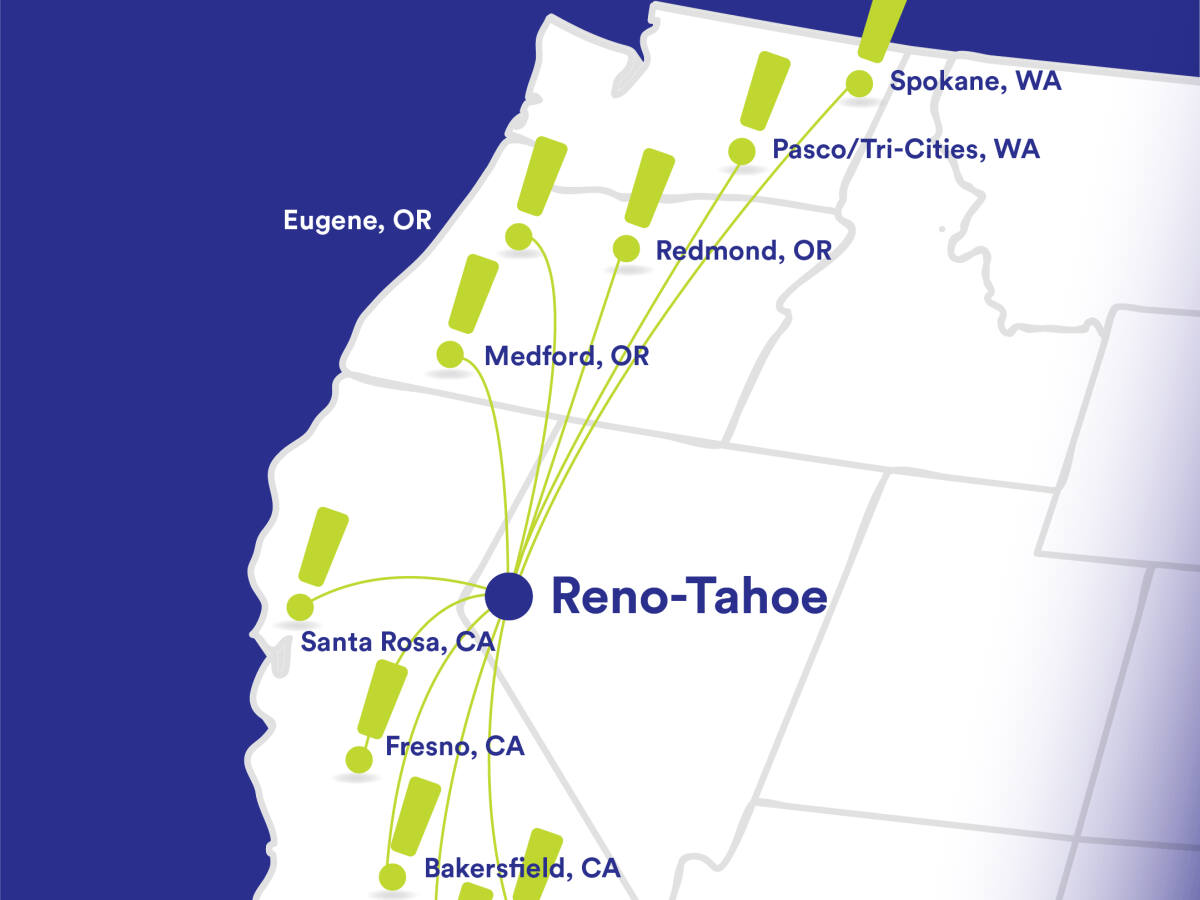 The airline and its parent company ExpressJet of College Park, Georgia, filed for Chapter 11 bankruptcy protection on Tuesday and ceased all operations.

“We regret that a combination of market and economic conditions have led us to take this action,” the airline wrote on its website.

Aha began flying from Charles M. Schulz-Sonoma County Airport on July 14 with service to Reno. The flights took place on Thursdays and Sundays with passengers traveling on a 50-seat Embraer ERJ145 regional jet.

Airport data showed that the 12 Aha flights in July for service in and out of Santa Rosa airport had a 40% occupancy rate.

“It took us by surprise, (we) hadn’t realized they had so many problems. They knew they weren’t growing at the rate they wanted to achieve the scale they needed,” said Jon Stout, airport manager.

Aha’s bankruptcy comes after United Airlines last month announced plans to suspend service from Santa Rosa airport indefinitely beginning Nov. 1, with the carrier citing pilot shortages for the decision. In addition, U.S. and Alaskan airlines will in the near future slightly reduce service from Santa Rosa as the industry faces the twin challenges of fuel surcharges and staffing issues, Stout said.

“All of our partners are having issues this fall,” he said.

American Airlines will drop from two to one daily roundtrip flight from Phoenix in September, while Alaska, which is the airport’s largest carrier, will reduce various routes for its six West Coast destinations from Santa. Rosa, he said.

The airport expects a 20% reduction in total flights this fall, which it originally forecast just three months ago, when authorities forecast 21 daily flights by October. The airport now offers between 11 and 16 flights a day, Stout said.

Despite recent bad news, the airport has seen a post-pandemic increase in passenger numbers.

The airport is set to open its new terminal on Nov. 1, which will also feature new baggage claim and car rental areas, as well as a wine bar and outdoor patio.