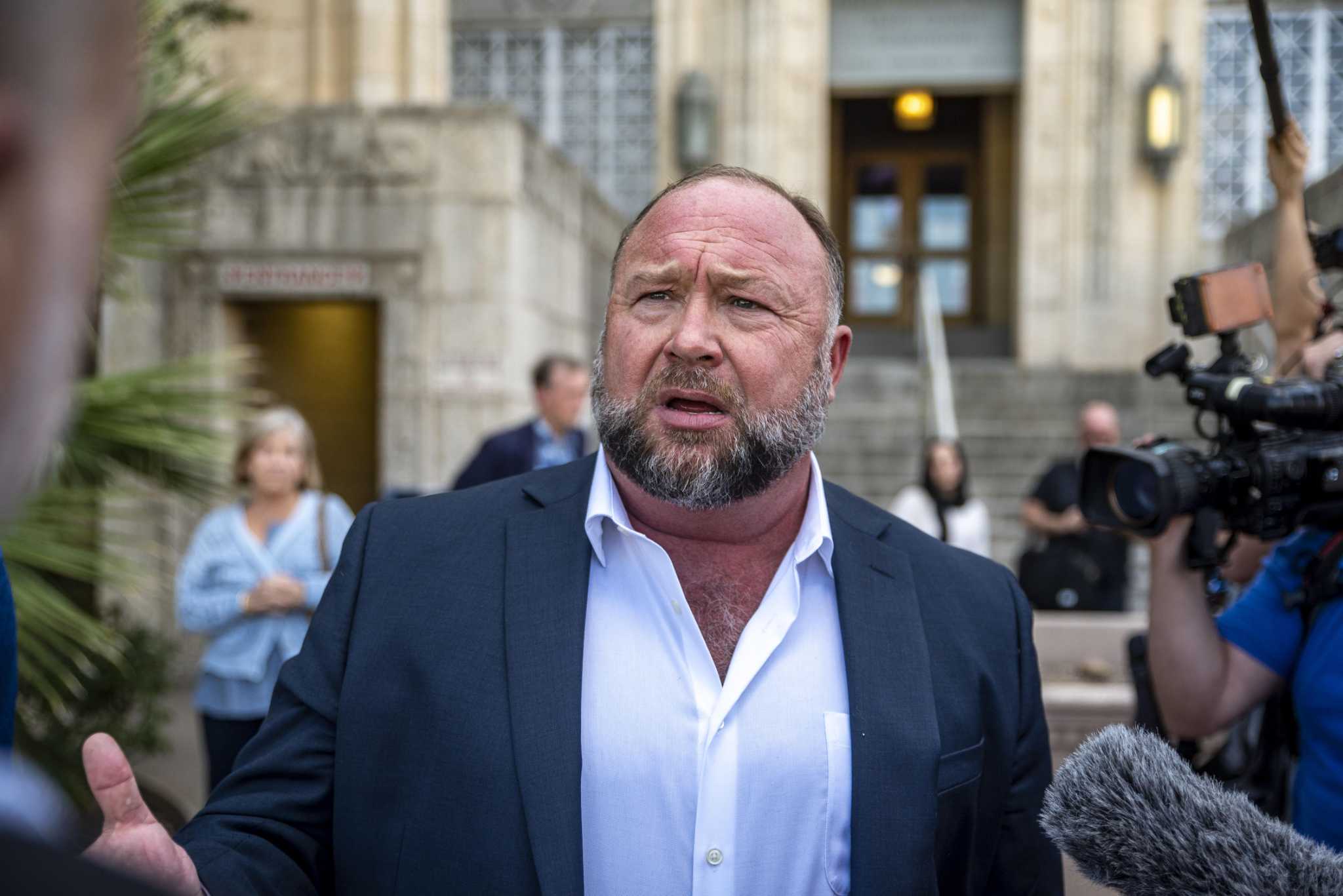 Sandy Hook families suing Alex Jones for damages after Infowars host was found liable for defamation have accused him of playing a complex financial game in order to avoid paying, according to a new objection they filed in federal bankruptcy court.

The families objected to Jones’ company’s request that the court allow the use of cash collateral to “pay reasonable and necessary operating expenses.”

The objection alleges that the debt is based on a “fabricated and allegedly secured loan from an affiliated and insider entity of the debtor, PQPR,” the attorneys wrote in their objection filed Tuesday in U.S. Bankruptcy Court Southern District of Texas on behalf of from the Sandy Hook. families implicated in the three defamation cases against Jones in Connecticut and Texas, as well as a Norwalk man he defamed in the Parkland, Florida shootings. , which means that the company and not Jones would be liable for any damages.

An initial response filed by the families’ attorneys called the attempt a “fiction” in which “uncovered facts and sworn testimony mean nothing at all.”

A day later, Free Speech Systems filed for bankruptcy. In the objection filed this week, the families’ attorneys say the debt on which the bankruptcy filing is based is “illegitimate” because the debt is owed to another Jones-owned company, PQPR.

“Documents filed by the debtor already admit that PQPR is owned by insiders and controlled by the Jones family,” the objection reads.

While Free Speech Systems alleges that the companies are acting independently, the objection suggests otherwise: “The Connecticut and Texas discovery, however, demonstrates that Alex Jones controlled the business decisions of both entities and that the business operations of the two supposedly separate entities are so intertwined and so completely controlled by Jones that they are functionally a single company.

On his Tuesday TV show, Jones said his goal with the bankruptcy filing was to show off his limited assets.

“Once you’re bankrupt, it’s all there in court, and bail for appeals is half your net worth,” he said. “Well, it won’t be much, maybe a million, a million and a half dollars or something like that.”

Jones also said on air that the bankruptcy filing was intended to delay any payments to parents.

“We can go on with the calls and stuff for years,” he said.

Jones is being sued by several Sandy Hook families, who say they were defamed when the host and his company called them liars, say the 2012 Sandy Hook shooting never happened, the children who died were “crisis actors” and that the shooting itself was a “false flag”.

Neil Heslin and Scarlett Lewis, plaintiffs in one of these cases, heard in Austin, ask for 150 million dollars.

When Jones sued Free Speech Systems, the intent according to the filing was “to indemnify and hold harmless Alex Emric Jones from any damages or other costs that may be assessed or incurred against him in this litigation.”

In Free Speech Systems’ bankruptcy filing, the company alleges that the majority of its revenue is based on the sale of dietary supplements, but that since 2018, “FSS has relied on PQPR because no other vendor would provide the supplements to Jones to advertise his shows.”

“Today Facebook, Twitter, YouTube, Spotify, PayPal and Apple banned Infowars and Jones,” the filing reads. “Since being phased out by most traditional business entities in 2018, FSS has had to operate in a difficult and hostile business environment.”

“Since 2018, FSS has struggled to find third parties willing and able to fulfill product sales,” the filing states, relying on an agreement with PQPR to provide products for sale to Jones on his show.

As of the filing date, Free Speech Systems owes PQPR $54,834,501.29 in principal and interest. The filing calls PQPR “an affiliated entity.”

The parents’ objection alleges that Jones misappropriated assets to hide his funds.

“Shortly after the Texas and Connecticut plaintiffs filed their defamation suits, the debtor began misappropriating assets,” the objection reads, alleging Jones was paid $60 million by Free Speech Systems, in addition to an annual salary of $1.4 million.

Four of the parents involved in the defamation cases also claimed in April that Jones had “transferred millions of dollars of his fortune” to protect his assets from them.

The bankruptcy filing on Tuesday blocked jury selection in the Connecticut case against Jones, led by Erica Lafferty, whose mother died in the 2012 shooting.

A case in Texas, where Judge Maya Guerra Gamble presided over the second week of arguments, was not delayed, although Jones raised bankruptcy when he spoke on Tuesday.

“You can’t tell this jury you’re bankrupt, that’s not true, you may have filed for bankruptcy but that doesn’t make you bankrupt,” Gamble told Jones.

After three years, the operator of Cedar Haven takes its first steps to emerge from bankruptcy