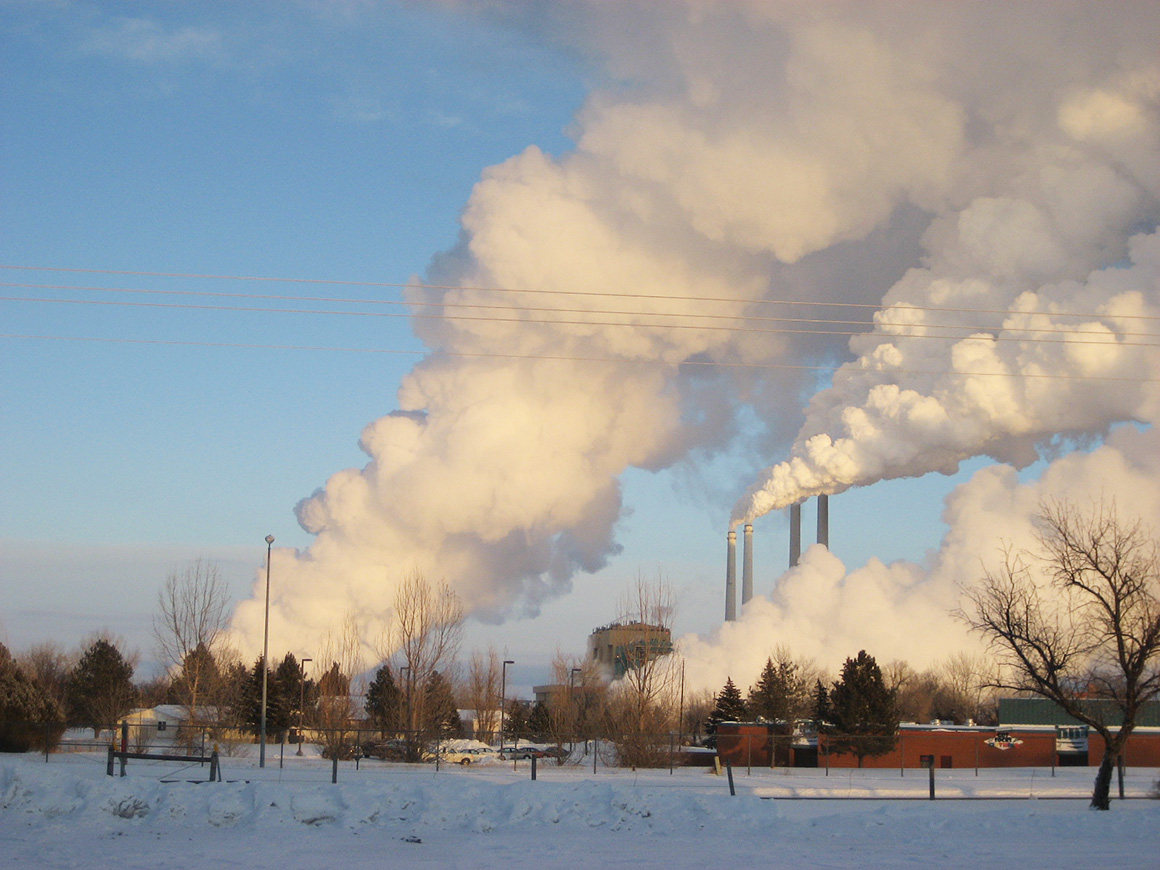 In the fall of 2020, one of the largest coal-fired power plants in the West was due for repair. The operator of the Colstrip power plant has therefore sent a letter to its five co-owners with a $56 million plan to fix it. The proposal quickly fell through.

Four utilities with a stake in Colstrip balked, saying they couldn’t bear to spend the money on repairs that would keep the plant open beyond 2025. Instead, they asked the plant operator, Talen Energy, to reduce the plant budget and to “successfully execute a strategy that provides a framework for our individual Project Colstrip outputs over the next 60 months.

The exchange, described in the federal bankruptcy filings, captures the fight over Colstrip’s future. The coal giant has long sent electricity generated on the Montana prairie to Pacific metropolises such as Seattle and Portland. Four utilities in Oregon and Washington collectively own 70% of the 1,480 megawatt coal plant.

But in recent years, Colstrip has come to symbolize the fight for the future of the Western power grid. Pacific utilities — Avista Corp., PacifiCorp, Portland General Electric and Puget Sound Energy — are seeking to shut down the plant to comply with state climate laws. Their efforts were met with opposition from minority owners NorthWestern Corp. and Talen, who argue that closing the plant would decimate Montana’s economy and jeopardize the future of the western power grid.

Now, however, the fight for Colstrip’s future hangs in the balance. Talen’s electricity division filed for bankruptcy protection last month, automatically suspending a case in federal court set to decide rules for negotiating the plant’s future. . Talen resisted efforts by his five co-owners to lift the suspension and allow this matter to proceed.

Analysts said the bankruptcy introduced a new layer of complications in grid planning at a time when the West was wondering how to deal with climate change without jeopardizing electricity supplies.

“The longer we wait, the harder it gets,” said Diego Rivas, senior policy associate at the NW Energy Coalition. “Some utility companies have already planned to vacate the property, either because they have to, or because it’s not profitable, or both. Some of the owners are behind schedule.

NorthWestern, he noted, still expects the plant to operate until 2042.

“They didn’t provide any formal or other notification that would have changed,” he said.

Colstrip is one of America’s biggest polluters, emitting 144 million tons of carbon dioxide between 2012 and 2021, according to EPA data. Only eight power plants in the country emitted more CO2 into the atmosphere during this period. A Washington state law requires state utilities to stop providing coal-generated electricity by 2025. Oregon utilities face a similar 2030 deadline.

Colstrip once had four generators, but in 2020 two of its smaller units built in the 1970s were closed as part of a settlement agreement with environmental groups.

More recently, talk of shutting down the remaining two units has been driven by growing concerns about Western utilities’ ability to keep power going during the blistering heat waves that have engulfed the West in recent years.

The North American Electric Reliability Corp. recently said that the region is at increasing risk of power outages when demand for electricity increases at the same time as the availability of hydroelectricity is limited and power lines are damaged by wildfires.

“Overall, the significant changes to the West Coast power supply and the additional wind and solar reserves required to account for their variability are of great concern,” said analyst John Fazio. principal of electrical systems at Northwest Power and Conservation. Council, wrote in an e-mail.

As concerns about electricity supply have grown, efforts to integrate electricity markets to share electricity across the West have intensified, he said.

“The loss of the Colstrip projects and the uncertainty around when they will retire add to planners’ concerns, but it is not the major issue they face,” Fazio said.

Talen’s bankruptcy has strained the already frayed relationship between the owners of Colstrip and opened a rift with its NorthWestern ally. As both companies want to continue operating Colstrip beyond 2025, NorthWestern is increasingly pushing for a resolution on Colstrip’s future.

In bankruptcy proceedings, NorthWestern asked the court to lift the automatic stay of legal proceedings in Montana triggered by the Chapter 11 filing to clear the way for negotiations to begin.

“Any delay in resolving the shutdown would severely damage NorthWestern and create potential power shortages for the citizens of Montana – NorthWestern’s primary customers,” the utility wrote in the U.S. Bankruptcy Court for the Southern District of Texas.

NorthWestern’s stance is particularly notable because it backed two laws passed by Montana lawmakers last year that sought to make it harder for Colstrip to shut down.

The first would change where and how arbitration proceedings would occur – moving the venue from Washington to Montana and installing a three-person arbitration panel instead of the single person provided for in the plant operating agreement. The second law would impose a fine of $100,000 a day on owners who refused to contribute to the maintenance of the plant.

But the future of the two laws is now in question. A federal judge in Montana issued a preliminary injunction suspending both laws after they were challenged by owners of the Pacific. They argued that the laws violated the owners’ pre-existing contract. In issuing a preliminary injunction, the Montana court said the Pacific owners had shown they were likely to prevail on the merits of the case.

NorthWestern, meanwhile, has sought to force Colstrip owners to the bargaining table by seeking to impose arbitration through the courts. During an April hearing in U.S. District Court for the District of Montana, the company argued that Colstrip owners “need help” in deciding arbitration rules.

“The delay — and God bless us for backing the legislation and creating the whole mess that gets us here in part today — but the delay is hurting us and potentially hurting the citizens of the state of Montana who rely on us to supply electricity,” NorthWestern attorney David Jackson told the court.

“Another key, another obstacle”

A key question in Colstrip’s future is whether the contract requires unanimity from the owners to close the plant. If the arbitration proceedings conclude that a unanimous vote to close Colstrip is not necessary, “we must find another source of electricity to meet our duty and obligation and to provide electricity to citizens and to customers in the state of Montana, and that takes some time to plan,” Jackson said.

Talen did not provide an official comment for this story. In the legal proceedings, he argued that the Montana court case would divert resources at a time when the company is trying to emerge from bankruptcy. She estimated that her monthly legal fees could reach $300,000 during arbitration hearings.

Talen secured a $1.76 billion loan to fund its operations during the bankruptcy.

A spokesman for NorthWestern expressed disappointment “that some owners of the Colstrip power station have chosen to file multiple lawsuits in multiple jurisdictions”, delaying negotiations on the plant’s closure.

The owners of the Pacific said they were committed to operating the plant safely until 2025, when they would start switching to cleaner forms of power generation. A Puget spokesperson called Talen’s bankruptcy a “troubling development” and said the Washington-based utility was awaiting further information.

Portland General Electric took a similar tone saying, “Uncertainty and delays are not in the best interest of the co-owners, the community and our customers. Talen’s bankruptcy proceedings are an important source of uncertainty, which could prevent any agreement on the transition. »

The bankruptcy filings add a new level of detail to an already bitter public fight over Colstrip.

As plant operator, Talen is responsible for proposing a budget for Colstrip. In 2020, Talen’s budget for the following year identified the need for a redesign of Unit 3 to maintain its security and compliance standards. Overhauls refer to extended shutdowns for maintenance. Each of Colstrip’s units was on a four-year review cycle, according to Talen’s budget proposal.

In years past, owners of the Pacific would likely have approved the repairs. But in 2020 they balked, saying they “cannot support any work to be done to extend the life of the Colstrip 3 unit beyond the end of 2025”.

The correspondence does not give exact details of the agreed budget or the scope of work. But a follow-up letter from Talen says the Colstrip operator has caved in to some of the Pacific owners’ demands, including a $10 million reduction in the repair budget for Unit 3.

“Because a deal appears to be within reach, let’s set aside our disagreement over whether any of these capital projects would extend the life of Unit 3 beyond the scheduled overhaul. in 2025 and whether this is a reasonable basis to oppose an investment project,” Neil Dennehy, Colstrip’s plant manager, wrote in a January 18, 2021 letter.

For now, Colstrip continues to generate electricity. In the first three months of the year, federal statistics show the plant generated more than 3,000 gigawatt hours of electricity — its highest total in the first quarter since 2019. But how much longer it will run is anyone’s guess. .

“Certainty is needed to ensure the plant closes in an orderly fashion,” said Rivas of the NW Energy Coalition. “It is necessary not only for public services, but also for the community to know what they are planning.”

Talen’s bankruptcy, he added, is “another key, another obstacle in an unfortunately delayed and already complicated process”.