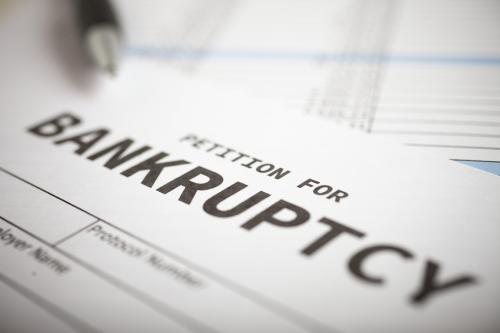 The history of bankruptcy practice in the era of the Bankruptcy Code,[1] 1979 to today, has been that of eliminating chance and uncertainty. This was accomplished by consolidating jurisdiction over the most significant cases in a few select jurisdictions and generally changing the practice from one in which debtors and creditors regularly argued their disputes to one in which the bankruptcy court became the chosen forum for an agreed settlement. consensual debt treatment. This evolution has shifted the practice from a litigation-based practice to a transaction-based practice. The previously “extraordinary” relief of selling all of the debtor’s assets early in the case has become the “ordinary” course of many Chapter 11 proceedings.

An important tool to control the process is the Restructuring Support Agreement or Plan Support Agreement (“RSA”).[2] These agreements are written contracts generally between the debtor and one or more creditors (or representative trustees or ad hoc committees), which set out an agreed framework for dealing with the debt and a timetable for carrying out the reorganization. Although agreements can, subject to the approval of the bankruptcy court, be entered into after the start of the case, they are most useful when deployed before the start of the case. Agreements generally differ from the more formal “pre-packaged” or “pre-packaged” bankruptcy process, the form of which is incorporated into the Bankruptcy Code by allowing for the prior preparation of a plan of reorganization and a statement of disclosure.[3] The RSA is a tool that can play an important role in the more common and efficient “pre-negotiated” bankruptcy process, which may or may not include the filing of a plan of reorganization. The RSA allows the parties involved to negotiate and agree on the terms of claims handling and the conduct of bankruptcy proceedings before the case begins and to record these agreements in the form of a written agreement. The negotiation of the RSA contributes greatly to reducing uncertainty for both debtors and creditors as to the progress of the collective procedure.

Typically, the RSA will: a) specify the agreed treatment of claims of creditors who are signatories to the agreement (and may also include financing commitments of the debtor in possession and the proposed treatment of non-signatories); (b) incorporate the creditor’s promises not to support other plans or alternative plans and the debtor’s promise not to propose alternative plans; c) establish time limits for operational elements of the agreed “plan”, such as a time limit for filing a motion to sell or a plan of reorganization; and (d) allow the parties to terminate the agreement, usually due to failure to meet certain agreed deadlines (including the commencement of the bankruptcy case on a certain date).

The RSA almost always includes a so-called “fiduciary” output[4] which allows the debtor to refrain from taking any action (including those incorporated in the RSA) that would cause it to “breach any fiduciary duty it has under applicable law”.

The RSA benefits the debtor by engaging creditors and others in a plan of action within the bankruptcy case and by reducing uncertainty about how they will react to the debtor’s reorganization proposals. It allows the debtor to negotiate with major creditors without the pressure and scrutiny that comes with it once a bankruptcy case is opened.

Creditors who are parties to the RSA benefit from having the agreed “plan” established before the start of the case and an agreed timetable for the events to take place in the case and a deadline for the opening of the case itself. The RSA reduces uncertainty about what the debtor will or will not do once the bankruptcy case is filed.

For debtors and creditors alike, the RSA will likely result in a more efficient and less costly Chapter 11 proceeding than one in which parties resolve their differences through adversarial proceedings in bankruptcy court. By reducing uncertainty about the progress of the bankruptcy file, the RSA also allows the debtor and creditors who are parties to the RSA to assure internal and external stakeholders about the most likely path of the file.

Once the RSA is signed, certain parties may have an obligation under securities law to publish the agreement. Barring this pre-filing event, the RSA (or a description of its terms) will generally become public upon the commencement of the case, pursuant to the debtor’s obligations to disclose material facts to the court and others.

The debtor may also at the time of the opening of the proceeding seek to “assume” the RSA as an enforceable contract, but this is not always the case. Creditors outside of the RSA may seek to challenge any assumptions of the RSA or take the issue out of the debtor’s fiduciary. The RSA binds the particular parties to a course of action, however, ultimately the bankruptcy court retains control of the process and decisions on whether or not to enter the various orders necessary for the reorganization. The bankruptcy process, however, promotes consensus and the RSA goes a long way in promoting this goal.

The RSA is an important and useful tool for all parties in the reorganization process and, in larger cases, should be heavily considered in any planned bankruptcy filing.