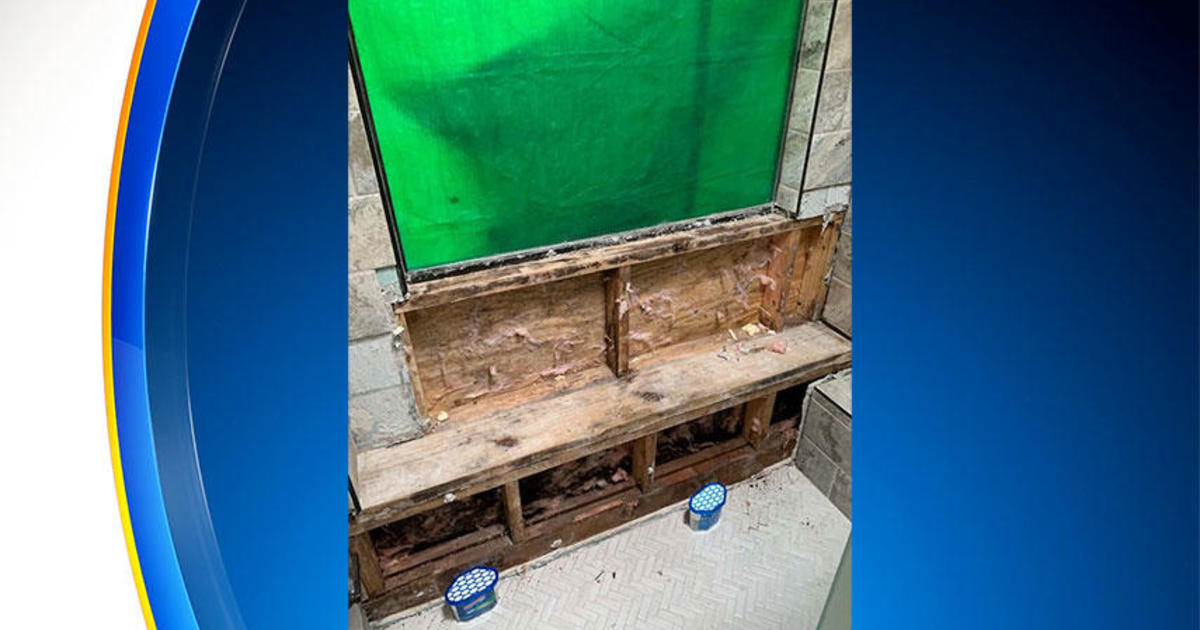 RJ Construction’s fight against AISD has received a lot of attention over the past year and won company owner Robert Jordan a lot of community support.

Now, many of those same supporters say they are the real victims in all of this.

According to Hyden, she gave RJ Construction $115,000 upfront earlier this year, but the company never started the project.

“He took innocent people’s money and closed the doors, and now he’s trying to hide behind Chapter 7 bankruptcy,” Hyden said.

Hyden’s mother is one of dozens of clients who tell similar stories of unfinished business.

“You feel betrayed,” said an Arlington owner who did not want to be identified. “It does. You feel taken advantage of. A lot of good people are out of work, and a lot of people like me are short of thousands of dollars, in Arlington and probably the whole metroplex.”

In an email sent to customers, RJ Construction owner Robert Jordan said, “To be clear, the demise of RJ Construction was a direct and calculated objective of The Arlington ISD.” He detailed the ongoing legal dispute and said, “If I had never taken this job, none of us would be in this situation.”

He then sued the district.

In a three-page fact sheet released by AISD, the district refuted many of its claims and said an insurance adjuster valued RJ Construction’s work at just under $180,000.

In that statement, the district said, “Arlington ISD has never had the desire or motivation to bankrupt RJ Construction. At the same time, Arlington ISD has a duty to ensure that taxpayers’ money n is only spent on services actually performed and documented.”

“They didn’t want to see a friend taken advantage of, and that’s why we all supported him,” Hyden said. “He turned around and did the same for all of us.”

Many former RJ Construction customers are banding together to take action against Jordan.

“Recovering the funds may be out of the question, but if at least some kind of justice can be done for us and all the other families involved, it would at least make us feel a little better about the situation,” Hyden said.

At least four reports against the company have been filed with Dalworthington Gardens Police. The department says the investigation is in the preliminary stages and they are currently working to determine if criminal charges are applicable.

Attorney Michael Hammond, who represents Jordan, says he understands why clients feel frustrated, but Jordan had no fraudulent or criminal intent.

“Robert Jordan is a good man who tried everything to avoid getting into this position,” Hammond said. “He is committed to doing everything in his power to make things right.”

According to Hammond, Jordan was working to sell the business and thought the work would be completed by another owner. The decision to declare bankruptcy was made at the last minute.

“He’s going to continue to pursue the lawsuit against Arlington ISD, which was the domino that created this problem,” Hammond said.

Hammond says there will be a meeting of creditors in mid-September to consider claims against Jordan and RJ Construction.

“He said he was going to do the right thing for all of his clients,” said one client who hired RJ Construction. “Well, how? Prove it. Prove you are.”

You probably know by now that RJ Construction has closed its doors and permanently ceased all its activities. I understand that this decision causes a lot of frustration, anger and many unanswered questions.

I want to assure you that I have done everything to try to save this company, the jobs of our employees, and to honor the obligations we had to each of you. This result is nothing less than the worst case scenario that I desperately tried to avoid.

Until very recently, I had been in talks for a bigger company to buy RJ Construction, which would have saved our current projects and the jobs of everyone who worked with me during this difficult time. We were so close that lawyers for both parties were negotiating the final sale documents. Unfortunately, we experienced a greater than expected exodus of key personnel, which proved fatal to the acquisition.

I can assure you that until a day or two before I have to close the doors. I had every reason to believe that our business would continue and that the work we had been hired to do would be completed smoothly.

To be clear, the demise of RJ Construction was a direct and calculated objective of The Arlington ISD. Their refusal to pay a legitimate bill for services rendered created a situation where over 25% of our outstanding accounts receivable (AR) were related to litigation. What triggered the cancellation of a fall 2021 acquisition, the loss of our line of credit, the loss of a Forbes Top 20 client, the loss of our ability to become bonded, and the loss of all work future audiences. We were forced to sue a school district in an attempt to get paid. The district attorney even went so far as to say in open court and publicly that they would fight this lawsuit until I “lost everything.”

I am certain that this explanation does not bring any significant relief to anyone, but it is important to me that the exactness of the events and the direct cause of this situation are known to those concerned. There has been a lot of information on both sides about this public dispute, but the provable fact is this: I trusted a longtime friend and school counselor who assured me not to worry about bureaucracy and doing the work at Sam Houston. High school. It was only after my team did what we were asked for that AISD then asked for documents and expectations that they had never required before, during or after closing the job. If I had never accepted this position, none of us would be in this situation.

Just today, all three offices of RJ Construction filed for protection under Chapter 7 of the United States Code. It is a liquidation bankruptcy and sounds the death knell of RJ Construction. Although I would like to speak to each individually, on the advice of an attorney, I cannot speak to anyone with a claim against RJ Construction.

Any of you with a claim or potential claim should be notified by the bankruptcy court in the near future. Please be on the lookout for mail from the United States District Court, Northern District of Texas.

Caroline Vandergriff joined the CBS 11 News team in September 2019. She grew up in Arlington (go Lamar Vikings!) and is thrilled to be back home in North Texas.

What experts say to do before, during and after filing for bankruptcy