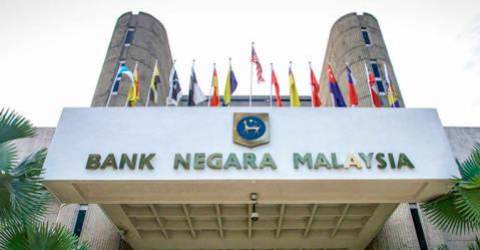 KUALA LUMPUR: The trend of personal bankruptcies has been on the decline since 2016, including the period when the overnight rate (OPR) was raised in 2018, said the governor of Bank Negara Malaysia (BNM ), Tan Sri Nor Shamsiah Mohd Yunus.

She said the downward trend was based on the latest trend and information provided by banks and some non-banking institutions (hire-purchase service providers).

Nor Shamsiah said this in response to the question of bankruptcy which has often been exaggerated as being synonymous with the financial situation which has worsened, and assertion by the Malaysian Borrowers and Consumers Association which has recently associated the rise in the OPR has a tendency to bankruptcy.

The downward trend came from seven domestic financial institutions which accounted for 71% of banking system lending, she said.

She added that many procedures have to be followed by financial institutions or other creditors because declaring a person bankrupt is not an easy task.

“Bankruptcy action is the last resort taken by financial institutions, after all recovery efforts have been exhausted to recover loans made to borrowers,” she said.

The Governor said that in accordance with the principles of fair treatment of financial consumers and responsible financing practices issued by the BNM, financial institutions are required to ensure that borrowers who encounter difficulties in repaying their loans are treated fairly and are given due consideration prior to any bankruptcy action.

This will allow financial institutions to offer them appropriate loan repayment assistance to help them improve their financial situation, she said.

“The BNM has also found that borrowers have slowly exited loan repayment assistance.

“The loan repayment trend in the banking system recorded an improvement in the first quarter (Q1) of 2022, this trend having increased to 92% of the level of loan repayment before the pandemic, i.e. in Q1 2020.”

Nor Shamsiah said borrowers can also seek counseling services from the Credit Counseling and Debt Management Agency (AKPK) for consideration under the debt management program.

The program is able to help borrowers restructure their existing and subsequent loans, allowing borrowers to continue repaying their loans.

BNM also works closely with its partners and other agencies through the Financial Education Network to scale up efforts to increase financial literacy among individuals.

Meanwhile, the governor pointed out that apart from financial institutions, bankruptcy action can also be brought by other creditors outside the jurisdiction of the BNM, such as credit grantors, suppliers and others.

“To this end, the ministries and agencies involved in this matter are actively working to ensure that borrowers/debtors are treated fairly through the drafting of the Consumer Credit Act and the establishment of the Supervisory Board of the consumer credit under the Ministry of Finance, as well as the uniform standards and guidelines established with respect to the fair treatment of financial consumers and the principles of responsible financing practices,” she added.-Bernama

Another wave of retail bankruptcies could be on the way