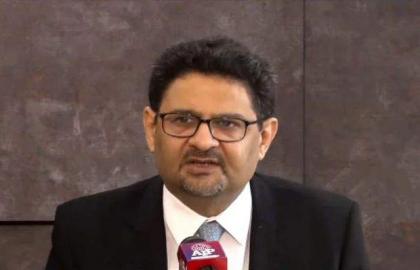 ISLAMABAD, (UrduPoint/Pakistan Point News – June 25, 2022): Federal Finance Minister Miftah Ismail said on Saturday that the government had taken tough decisions for the economy and saved the country from bankruptcy.

Speaking to a private news channel, he said the International Monetary Fund (IMF) issue would be resolved within days, which would help the country get back on track.

He said the staff level agreement with the IMF was also expected by next week and the government has also asked the international lender to increase its loan from $6 billion to $8 billion and to extend his term for up to 4 years.

Miftah said the IMF had asked the government to remove subsidies on petroleum products, also saying that the incumbent government was unable to provide cheap gasoline to the masses.

He clarified that it was a widely held misperception that inflation rises with taxes, also saying that the government would ensure that the poor are not affected by inflation.

The prime minister also levied taxes on his children’s businesses, and as finance minister he himself went through the same tax filing process, he said.

The finance minister also said that the government is also trying to reduce its energy expenditure and consumption of petroleum products.

In addition, the related policy on energy and petroleum products would soon be implemented.

He also promised that all possible efforts would be made to bring down oil prices if they were to fall on the international market.