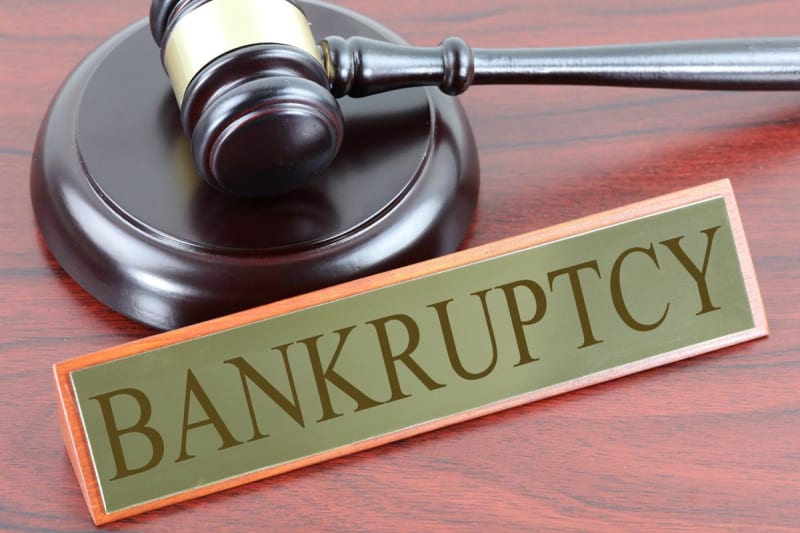 In 2021, there were around 3,100 bankruptcy applications in Singapore. The number had increased from the previous year, due to the negative economic impact of the COVID-19 pandemic. However, the good news is that the number of bankruptcy cases has dropped by more than 20% since the 1990s, and that number has been falling ever since.

Declaring bankruptcy is often considered a last resort. In fact, in many Asian countries, parents would often joke with their children about how they would sell them to avoid going bankrupt.

However, bankruptcy shouldn’t be as taboo as it deserves. In reality, it’s actually a financially sound decision to pay off your debts, in order to save yourself a lifetime of financial hardship.

What does it mean for someone to declare bankruptcy?

Simply put, bankruptcy is when someone owes more money than they can pay.

According to Bankruptcy Act (Chapter 20), a person can declare bankruptcy as long as they owe and cannot repay debts greater than $15,000. However, filing for bankruptcy can be involuntary because it is also possible for creditors to take legal action against the borrower, if the latter is unable to repay his debts.

In 2020, due to Covid-19, the threshold for action against debtors was temporarily raised. The debt threshold for individual bankruptcy has been increased from $15,000 to $60,000. Individuals also have 6 months, instead of just 21 days, to respond to requests from creditors before being deemed unable to repay their debts.

However, please note that these measures ended on October 19, 2020 and are no longer in effect.

After assessment by the High Court, a person can be declared legally bankrupt within 4-6 weeks of application, either by themselves or their creditors.

Although many people see bankruptcy as the end, it is not. Instead, it’s a “reset,” where debtors are protected to rebuild their finances from scratch.

Bankruptcy achieves this in three ways:

How will bankruptcy affect you?

Finances controlled on a tight leash

For the rest of their salary, a strict registration will have to be made in an inventory. A court-appointed officer, otherwise known as an Official Assignee (OA), will perform periodic checks.

This means that every expense will require documentation, and for those deemed unnecessary or excessive, strong justification will be required. For example, if a bankrupt needed to pay for a taxi instead of taking the bus, there would have to be a very good reason why they would do so – perhaps an emergency medical situation might do the trick.

By documentation, it also means that receipts for anything purchased must be kept and accounted for, which is downright inconvenient.

In addition, bankrupts must seek permission from their official assignee or the High Court to run a business or hold a position as a director in a business.

Public disclosure of your bankruptcy status

When declaring bankruptcy, the name of the bankrupt will be entered Singapore Bankruptcy Register, which is open to the public to search freely. This can include potential employers, clients and family members.

If one is already employed, their employers will be notified. Although this usually does not result in dismissal, it can eventually ruin career prospects. For example, a company is unlikely to promote a bankrupt to a management position. On the other hand, finding another job will be difficult, because bankruptcy will be a huge stain on our CV.

Overall, your career prospects will definitely be negatively affected.

Bankrupts will need to obtain approval from their official assignee if they wish to travel internationally. Outside of employment reasons, this is rarely approved.

Bankruptcy will cause a drop in credit score. This will severely affect their ability to apply for loans, credit cards and mortgages even if the bankrupt was discharged years ago.

With a terrible credit score, it’s hard to start any type of business without being able to qualify for a business loan. It can take many years, even decades, for a bankrupt to slowly rebuild their credit rating, and even so, there is no guarantee that they will be able to achieve their rating prior to bankruptcy.

So what are the different levels of credit risk ratings assigned to individuals? Our guide here explains this in detail.

Coming out of bankruptcy

Fortunately, bankruptcy is not an irremovable mark on your record. Under the right circumstances, you can be discharged from bankruptcy, or even have it canceled altogether.

A bankruptcy discharge means that you retain your previous bankrupt status. The cancellation of the bankruptcy file will only take place after five years and all debts have been paid.

Meanwhile, an annulment means being treated as having never been declared bankrupt. Your name will also be struck from the bankruptcy register, which is perhaps the most important part of an annulment, and will go a long way towards getting your life back on track.

You can get out of bankruptcy in three ways:

However, most people don’t see discharge as the end of bankruptcy. What usually follows a discharge or cancellation is an extensive bankruptcy rehabilitation process to repair your credit, under the guidance of credit counseling singapore.

Is declaring bankruptcy worth it to escape debt?

Declaring bankruptcy gives you immunity from prosecution for non-repayment of your debts, stops debt collection actions against you, as well as the suspension of the interest rate on your debts. As a result, many people might view bankruptcy as an attractive solution to their growing payments.

The answer is largely no.

Apart from the massive inconveniences that bankruptcy status brings, such as restricting and tracking your expenses, it also imposes great restrictions on your salary and travel. Your possessions (anything of value belonging to you) will be seized and sold, even though they may have sentimental value to you.

However, some assets are protected by law from seizure, and they include:

So unless you are willing to give up anything else except the above, bankruptcy is not the right solution to escaping debt. Moreover, after declaring bankruptcy, your credit score as well as your public reputation will be severely damaged, which will lead to even more problems down the road.

Instead, there are better alternatives to debt reduction. Bankruptcy is certainly not one of them, unless you really have no more options.

Ultimately, bankruptcy is a painful but sometimes necessary step to lighten your financial situation. The important thing is not to see it as a terminal condition, but to take steps to recover. Part of this is improving your credit score – which applies to all of us, not just bankruptcy victims. You can learn more about increasing your score in no time with our guide here.